This system was designed to support a surveillance system for 7 days autonomy, consisting of a pole-supported camera, with an antenna and switch.

The position where the cameras were to be placed was not easily accessible, and there was no power source at a close distance, so the use of batteries and a PV panel for charging them was mandatory. A special structure was made, consisting of an aluminium box where the electrical equipment was placed (batteries, wiring, charge controllers, etc.) but also acted as the support mechanism for the panel. The whole assembly was secured to the ground with cement blocks, and was connected to the nearby camera.

The load consists of:

And the production unit (autonomous photovoltaic system) consists of: 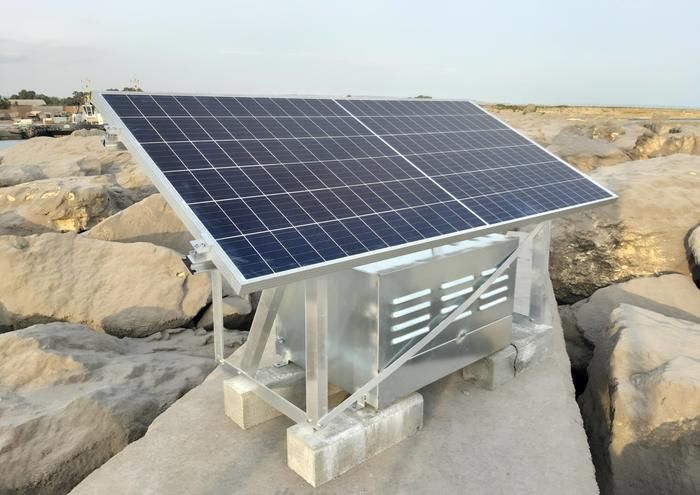 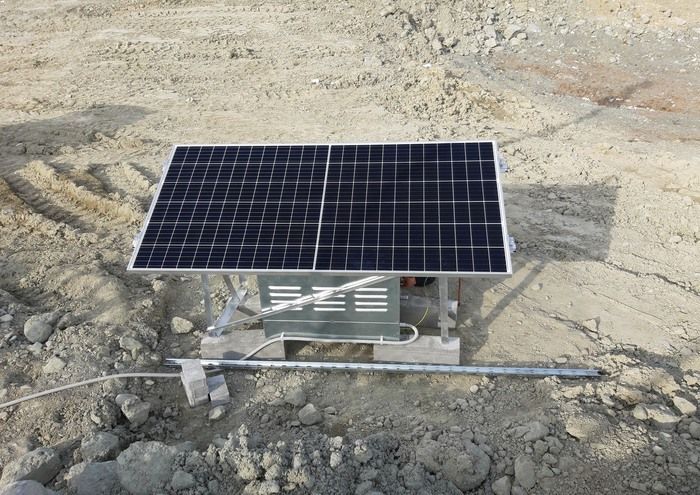 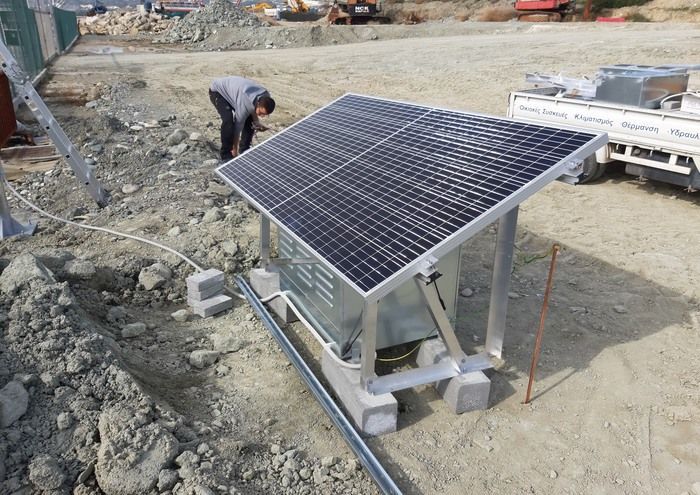 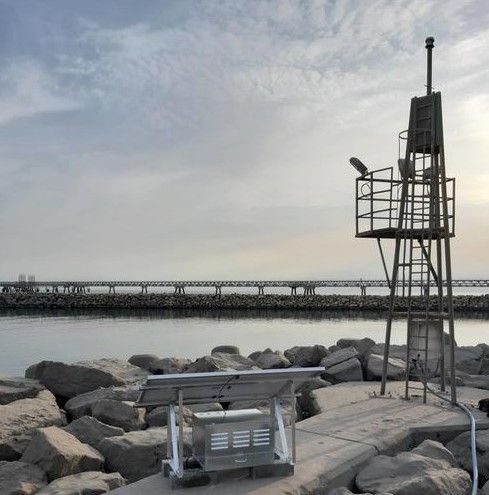 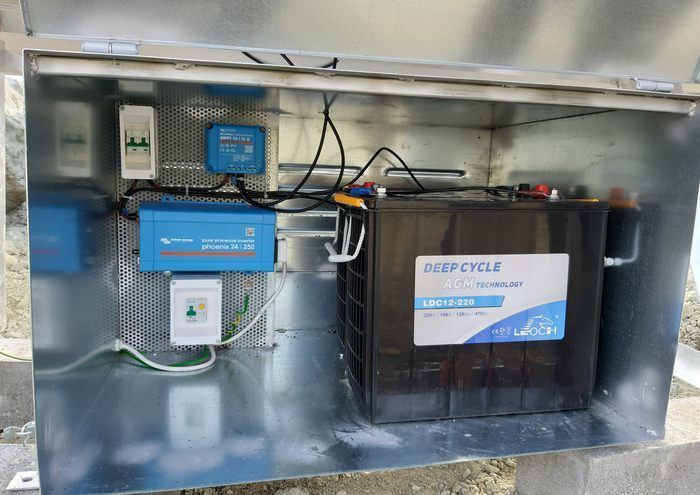 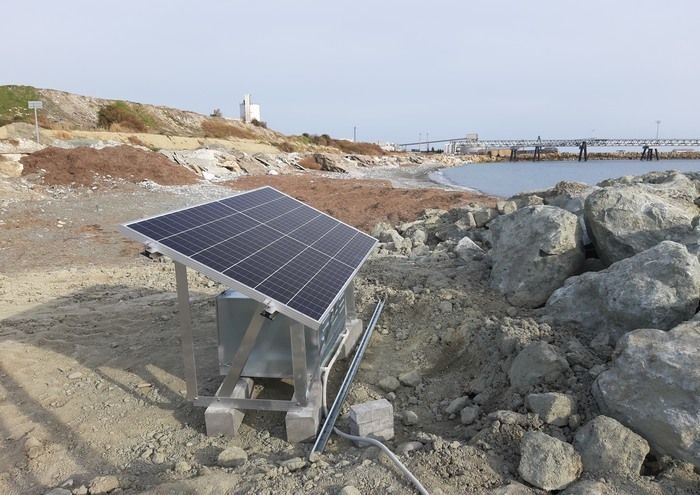 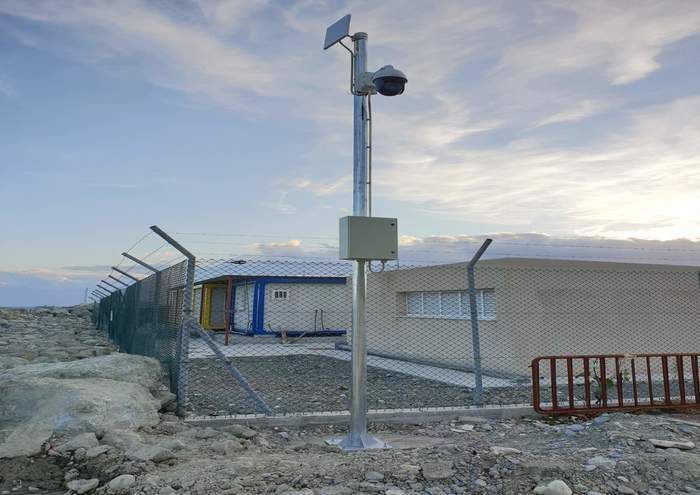 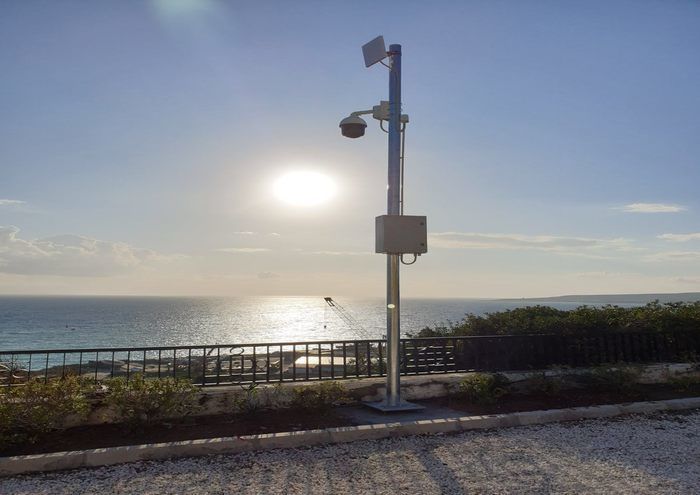